At the Diocesan Convention in October 2021, the Convention passed a resolution to establish a task force to examine our history and build relationships with the Indigenous Peoples of Wisconsin. As part of the work of the task force, members have been exploring and curating resources.

What is land acknowledgment and why is it important?

One of the ways the Church begins the road to reconciliation with siblings who identify as Indigenous/Native American is to acknowledge that all churches sit on Native Land. It was “purchased” through treaties that were constantly broken. It was stolen through lies. Tribal nations were violently forced from ancestral lands to distant reservations.

In Lakota spirituality is the concept of mitákuye oyás’iŋ. The translation into English is “we are all related.” For the Church, this means that land acknowledgment is not only about the Church apologizing to the tribal nations or the Church trying to separate itself from the sins of the past and reconcile what colonialist ancestors did to the tribal nations — it is much deeper and more interconnected than that. It is us apologizing for our sins to our own ancestors and acknowledging the damage we did do to our own siblings, indeed to our own selves. We ARE all related, and when we harm one another, we harm ourselves. When ancestors harmed the tribal nations, they harmed the nations, themselves and all descendants. As Jesus teaches: “just as you did it to one of the least of these who are members of my family, you did it to me” (Matthew 25:40). As members of one family, we are called to heal the damage that has been done to all relations, and to ourselves.

The Land Acknowledgment page at the Diocese of Olympia

The Tribes of Wisconsin 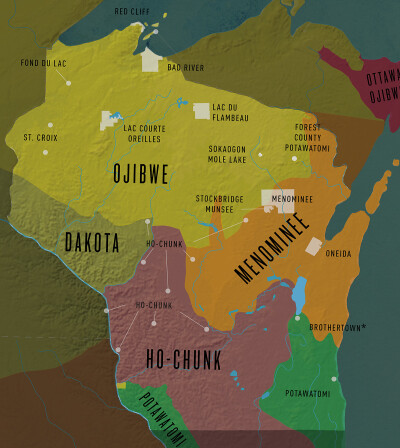 There are 11 Federally Recognized Tribes in the State of Wisconsin. Those with a contemporary presence in the Diocese of Milwaukee:

Other Federally Recognized Tribes of Wisconsin:

The Wisconsin Oneida and The Episcopal Church 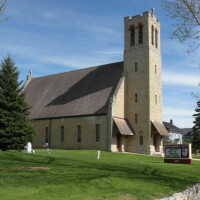 In 2022, as the Episcopal Diocese of Milwaukee celebrates its 175th anniversary, we also celebrate the 200th anniversary of the arrival of the first Episcopalians to what is now Wisconsin. They were members of the Oneida Nation, forced to relocate from their home in New York state. The first Episcopal Church in Wisconsin was Holy Apostles, Oneida which continues to serve the people of the Oneida Nation.

“Owning Our Past” — Grace Church, Madison’s series on the History of Native Americans and Christianity in Wisconsin.

The Doctrine of Discovery

David Treuer, The Heartbeat of Wounded Knee: Native America 1890 to the Present. 2019