The Episcopal Dioceses of Fond du Lac and Milwaukee are pleased to announce a new cooperative ministry to provide a joint summer camp and youth ministry resource person for diocesan congregations. Each diocese has a strong heritage of ministry with youth, including camping, having pursued a variety of models, approaches and methods over the past decades.

“For many years, there has been conversation about coming together for camp,” Bishop Matt Gunter of Fond du Lac notes. “The positive comments about this idea has grown, especially these past two years. I’ve heard from youth and adults, clergy and laity, campers and staff, asking why we aren’t doing camp together” Bishop Jeff Lee of Milwaukee also heard similar comments. Fond du Lac summer camp sessions in 2021 and 2022 included campers and staff from the Dioceses of Eau Claire and Milwaukee. 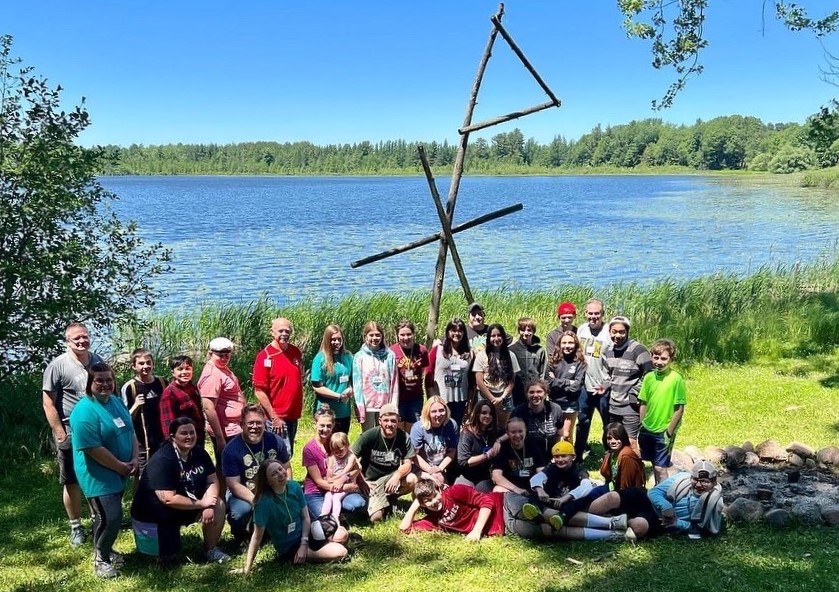 Middler campers and staff gather for a picture in front of the ‘Chi Rho’ at Waypost Camp on the shores of Mission Lake.

“In addition to camp, several diocesan leaders recognized a need for a youth ministry resource person to be available for congregations to reach out to for support, guidance and direction,” noted Matthew Payne, Lay Canon for Administration for Fond du Lac. “After we had conversation with diocesan leaders, it became clear that one proposal which encompassed both areas was feasible in terms of time and financial resources.”

That proposal was to create a position of Youth Networking Coordinator (YNC). This full-time position would have two key components – summer camp director and coordinator for networking youth ministries. This integrated approach would see camp as a foundation for a year-round networking resource person to build connections and relationships to expand networking with congregations. Each diocese had youth staff funding in their 2023 budgets whose combination allows implementing the full proposal. A Steering Committee, with members from each diocese selected for camp or youth work experience, will provide oversight to the ministry venture. 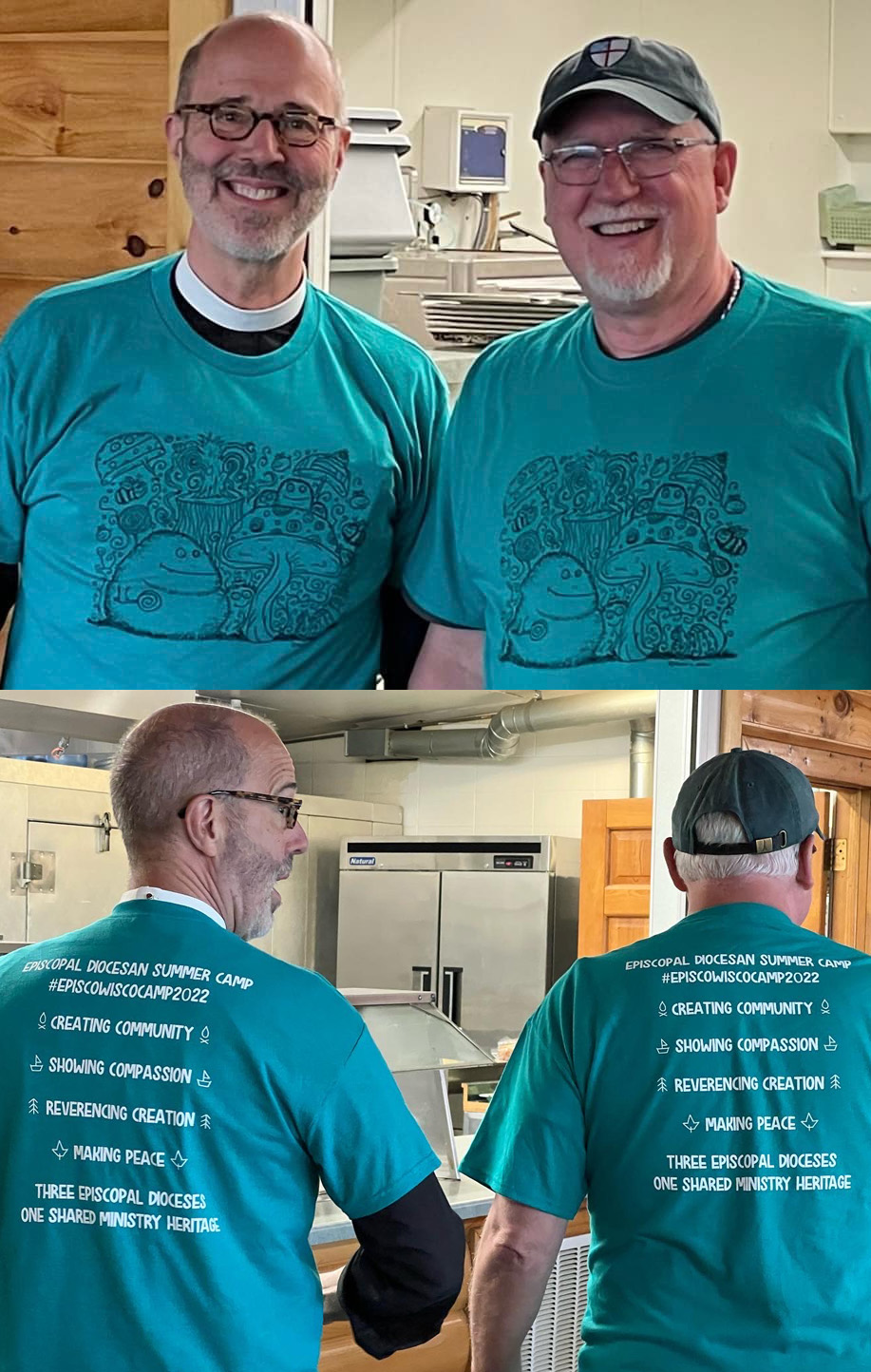 Camp sessions will be held over three weeks in June 2023 at Waypost Camp, east of Wausau, Wisconsin. Having been the site of the Fond du Lac camp for the past two years, its facilities have proved amazingly suited to the program. Waypost is owned and operated by the Evangelical Lutheran Church in America. Working with a Christian camp allows for collaboration unavailable from secular facilities. Because The Episcopal Church is in full communion with the ELCA, there is also an ecumenical benefit. Recognizing the driving distances involved for some, consideration will be made to coordinate carpooling or transportation service from the Milwaukee area.

Youth networking will involve building relationships with diocesan and congregational leaders and offering support and assistance to those engaged in youth ministry. The coordinator will be aware of and informed of ministry resources, programs, and church-wide networks in youth ministry. The coordinator will also directly engage each year with at least 1/3 of congregations in each diocese over a three-year cycle. This may be an in-person visit but may be through in-depth Zoom or other connections.

Bishop Gunter and Bishop Lee readily recognized a person who was qualified, skilled, and experienced in both camp management and youth ministry and already employed by Fond du Lac and have hired Erin Wolf as Youth Networking Coordinator starting January 1, 2023. Wolf has been diocesan youth ministry coordinator and camp director since 2016 and director of youth ministry at All Saints, Appleton since 2012. She has served congregations in Episcopal and ELCA congregations for nearly two decades. Because relational work is an important part of the YNC, Bishop Lee and Bishop Gunter noted she has been actively involved in youth ministry and camp in both dioceses, both as a youth and adult. Wolf holds a Bachelor of Arts in Religious Studies from Cardinal Stritch University and has been involved in youth ministry networks in the Episcopal Church on the provincial and national level. She is also a musician and songwriter.

“As another sign of our deepening cooperation with Episcopalians across the State of Wisconsin, I am delighted we will share in supporting Erin Wolf’s expanded role as Youth Networking Coordinator,” Bishop Jeff Lee of Milwaukee shared. “She brings a wealth of experience to this work, and I am confident that youth and adults will benefit from her leadership. Welcome, Erin!”

Look for additional information about camp and networking opportunities in January 2023.

Ask the Theologian: God and the Devil 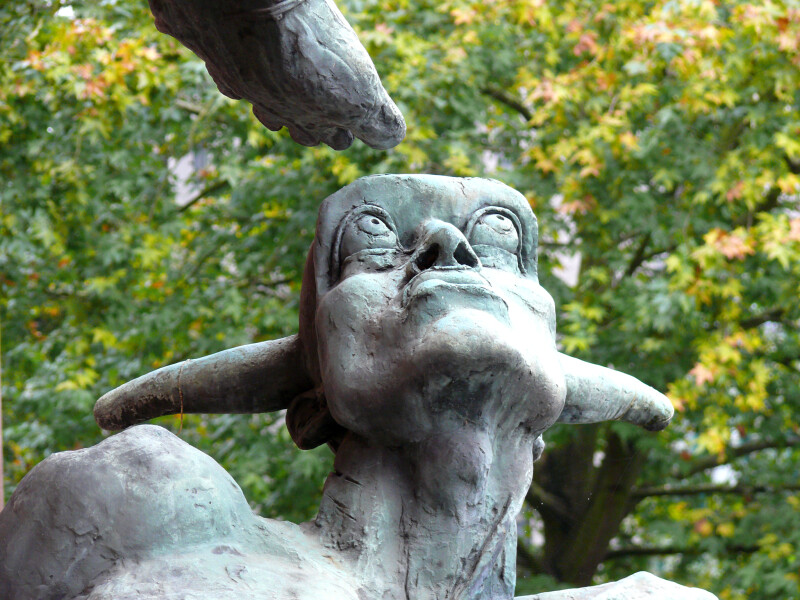 ~Puzzling Over Good and Evil

Christian tradition considers the Devil to be a “fallen Angel,” that is, a spiritual being that was created by God but refused to subject his will to God’s will. As created, the Angel was “good,” just as all things created by God are good. But this Angel used his freedom to reject God and to choose alienation and misery. He thus became “evil” himself, and a principle of evil that seeks to draw others into sin.

It’s important to note here that authentic Christian faith does not consider the Devil to be an equal of God. It’s not as if there were two equal principles—one good and one evil—endlessly battling each other. This kind of dualism is really alien to the Christian understanding that God is the Creator of all things.

But we’re still left with the puzzle that you have named. If what God creates is good, how can it “go bad?” Where does evil come from? In fact, as you put it, how is evil even possible?

Before tackling this, let’s make a distinction between “physical evil” and “moral evil.” Earthquakes, floods and diseases are examples of physical evil (for the human beings affected by them). Many thinkers have struggled to reconcile such events with the belief that God’s created world is “very good.” From our limited point of view, it often doesn’t seem that way.

I want to limit this discussion to “moral evil”—that is, the malicious choice by a free, rational creature to do what is harmful to self and others. History is replete with examples of this, both great and small. We might think spontaneously of the Nazis’ cold-blooded carrying-out of genocide against the Jews. But there are other examples from more recent years in places such as Cambodia, Bosnia, Kosovo, and Rwanda. Moral evil on such a scale staggers and sickens the human heart.

There are also the smaller, less public instances of moral evil that occur constantly on all sides—causing great harm and suffering. We hear about them every day in the news media. And then there is the moral evil in ourselves that, if we are honest, we must discover and repent of.

So, although we believe in God as the totally good Creator of all that is, we have to recognize that the world God creates is actually shot through with moral evil. How can we account for this state of affairs? Why would God create a world where such things are possible?

At this point, we come up against the sheer paradox of “created freedom.” In creating, God really “lets” things exist on their own, apart from God. And some of the beings that God “lets be” have the freedom to choose either good or evil.

But why would God create a world in which some of God’s creatures can and do choose moral evil? The answer has to be sought in some understanding of why freedom is apparently so important to God. What God ultimately intends, we believe, is the free response of God’s creatures to the Love which creates and redeems them. And it is only beings who can choose either good or evil who can freely choose the good.

So, we might say that God takes a great risk in creating—the risk that the creatures will choose evil and “nothingness” rather than the fullness of being that God intends for them.

But this is not the whole story. The Love which “lets” the creatures exist as free beings, capable of choosing evil, does more than create. As Christian faith affirms, this Love also enters personally into the created order to redeem and save the creatures who would otherwise be “lost.”

In Christ’s incarnation, death and resurrection, evil is overcome by good. And those who participate now in his suffering look forward to a future in which they will participate in his glory. In the meantime, they are called to embody his saving love, which alone can counter the moral evil in the world.

To return to your original question, we might say this: God did not create “a Devil.” God created a spiritual being (an “Angel”) whose very existence sprang from the unqualified goodness of God. The Angel who chose evil became “the Devil” by his own free choice.

Following the same line of thought, God does not create “morally evil beings.” God creates beings that are fundamentally good insofar as they spring from God’s utter goodness. But the creatures endowed with freedom can and do sometimes choose moral evil. Even so, they do not become totally evil.

Furthermore, Christian faith recognizes in Christ the permanent, unswerving intention of God to forgive and reconcile all who will renounce evil and choose good once again. No one, in this view, is absolutely “lost” except by stubbornly choosing to remain in that condition. The Christian theologian Origen (third century) speculated that even the Devil would ultimately “turn back” to God and be reconciled with the Love that holds him in being.

Moral evil is an anomaly in the God-created world, to be sure. In principle, it “should not be.” But in actuality, it appears to have been part of the human scene from the very beginnings of human life. Nevertheless, the faithful and merciful Love that is at the heart of things has also been present from the beginning. That Love has become flesh in Christ, and has been victorious over sin and death.

It is for us to bear witness to Him in the way we encounter the moral evil in the world. We are to do our best to live by St. Paul’s words to the believers in Rome: “Do not be overcome by evil, but overcome evil with good.” (Rom 12:21). 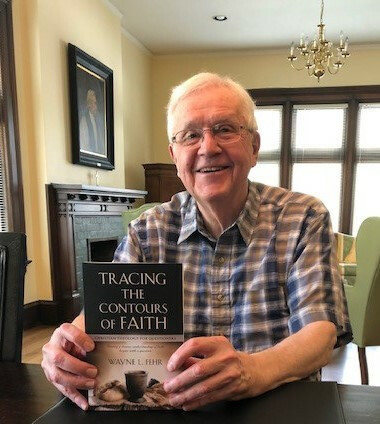 The Rev. Dr. Wayne L. Fehr wrote a column for a previous version of the diocesan newsletter called Ask a Theologian. He answered questions from ordinary Christians trying to make sense of their faith. Now he's back with a monthly column once again. You can find and purchase his book on Tracing the Contours of Faith: Christian Theology for Questioners here.